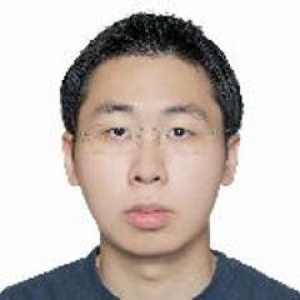 Financial Struggles in UK Charity - A New Way of Transformation

As a result of direct economic climate change on funding, money is being withdrawn from local and central government agencies. There are a number of charities, some high profile in the past, get into financial difficulties.

My role, as a private business advisor, undertook a proactive strand of work to look into these issues. After exploring the organization’s resilience to financial distress, I discovered the importance of trustees being alert to a number of risk factors and recognizing the need to intervene before the crisis actually happened.

There are a number of risk factors these charities tended to overlook: 1. General health concerns of an ageing group of trustees; 2. Singular stream of income; 3. Poor motivation and promotion system; 4. Lack of social awareness for community engagement.

The first internal reason – an ageing workforce is most often accompanied by the third reason, which is a lack of motivation and promotion system. This phenomenon reflects the warning signs of older workers being more susceptible to work-related health conditions and might find it hard to recover quickly.

If chronic illness starts affecting key members, the sudden absence of certain staff members might impact the charity’s daily operations. Finding new staff or promoting other existing staff to cover the shortfall is actually a challenge, especially the remaining trustees groups put too much pressures on younger colleagues to perform.

What it means is that the promotion system is dependent on a person’s expertise instead of their ethical values and work conducts. Thus, there is a need to shift from a more traditional high authority control to a more ethic-based approach for such crisis management.

“Thus, there is a need to shift from a more traditional high authority control to a more ethic-based approach for such crisis management”.

Also, quite a number of charities adopt a more task-focused approach by cutting costs, altering the skill-mix of teams and reducing staff instead of going for more creative service expansion. Many people will challenge this idea as they always report not having enough time, money or expert knowledge to reverse the downfall of the charity.

However, if a charity struggles to exert a good quality of care to meet the needs of the public, their responsibilities are not performing appropriately and might affect service safety. Therefore, charity resources, activity and workforce must be retained alongside the effort to look for joined resourcing of other services to minimize short-term loss and maximize long-term benefits for the charity performance outcome.

Get updates about crisis management in your mailbox!

Delight Counselling is a private counselling practice which aims at supporting local clients of mental health concerns in Nottingham and London. It also provides professional advice on crisis management for UK local charity.